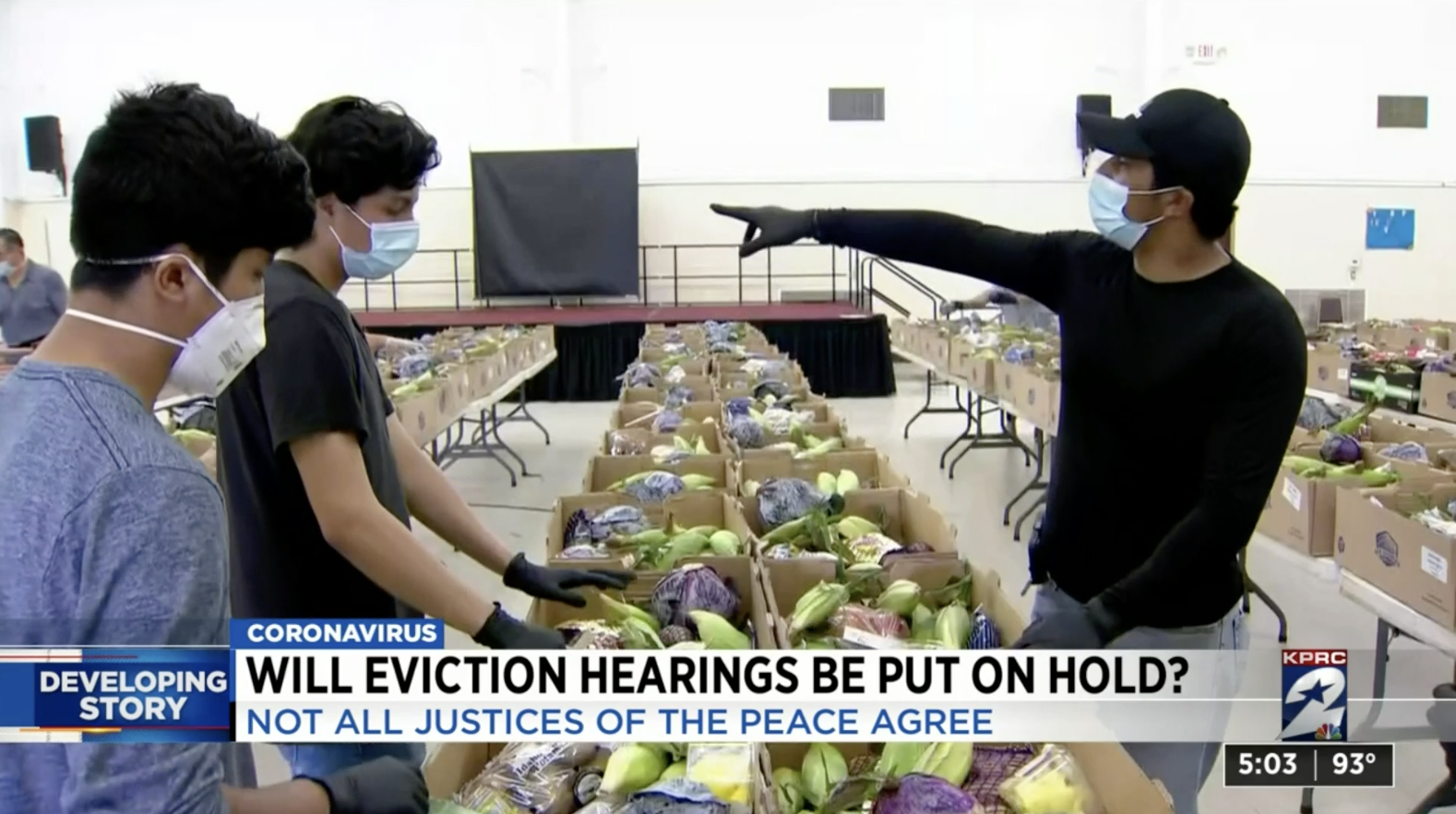 Seven [commissioners], plus the one Mayor Turner spoke to, said they plan to postpone eviction hearings until June. That’s great news to Mesias Pedroza, a leader with The Metropolitan Organization (TMO), who today was helping to pack meals for families with meals.

“Just right now we’re preparing for service giving food supplies to families and they come and say ‘hey we need help with rent. We can not pay for rent. We don’t have a job. What are we going to do? Where are we going to go?” Pedroza said.

As of Wednesday, there were 1,286 evictions pending in Harris County. Since March 18, 1,591 have been filed, according to data collected by January Advisers.

On Tuesday, TMO sent a letter to Harris County Judge Lina Hidalgo asking her to extend the moratorium on evictions which expired May 19. Judge Hidalgo has said that’s not in her power but she and county commissioners have allocated $30 million to help struggling families with relief.

“At TMO we believe they have the legal basis to do so because other counties have done so,” Pedroza countered. “There is ample discretion because the Texas Supreme Court they have said eviction orders may resume it doesn’t say that it shall resume.

Editorial: What Houston Must Do To Avoid Eviction Disaster, Houston Chronicle [pdf]