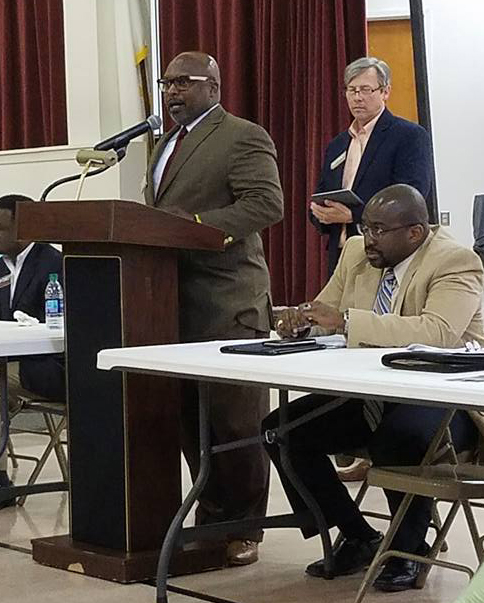 Over 200 leaders from Northern & Central Louisiana Interfaith assembled with their local elected officials to develop ground level support for their reforms of the state Industrial Tax Exemption Program. Said assembly co-chairs and pastors, Revs. Theron Jackson and John Henson (in photo at right), "The tax exemption was created to encourage manufacturers to expand their facilities or re-locate to the state, creating new permanent jobs. Interfaith is not opposed to the exemption. However, it has been abused over the years and millions of dollars in local taxes have been lost." They succeeded in persuading the Caddo Sheriff Steve Prator and Caddo Commission President Steven Jackson to work with the organization to reform the tax exemption program and place a cap on requests.

Leaders are additionally working to build support for local workforce development program ACTS (Another Chance to Succeed) as a key element in reducing poverty-driven crime.