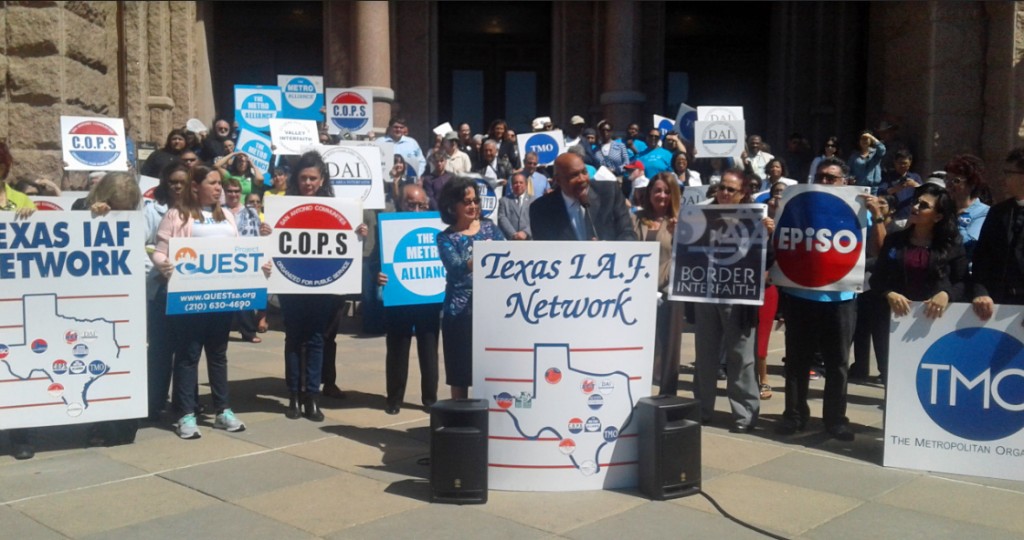 Part of delegation of leaders that boarded a 4am bus to Austin, Valley Interfaith leader David Jackson, of St. John the Baptist Parish, asked:

"As new jobs are created , the question remains, who will benefits from these new positions? Will we continue to import travel nurses from abroad while there are many who live in McAllen, Idenburg, Weslaco or Pharr who, with the necessary training would be capable of filling those positions and being long-term contributors to our property tax base?....That is the decision our law makers face this legislative session."

Capital IDEA graduates and other graduates from across the state told personal stories about how the workforce initiatives (and ACE funding) helped change their lives, moving them from $10/hour part time work to careers bringing in as much as $70,000 per year! The average wage of a graduate from these programs approaches $21 per hour.

Funding Future Texas Workers in the RGV, The Monitor