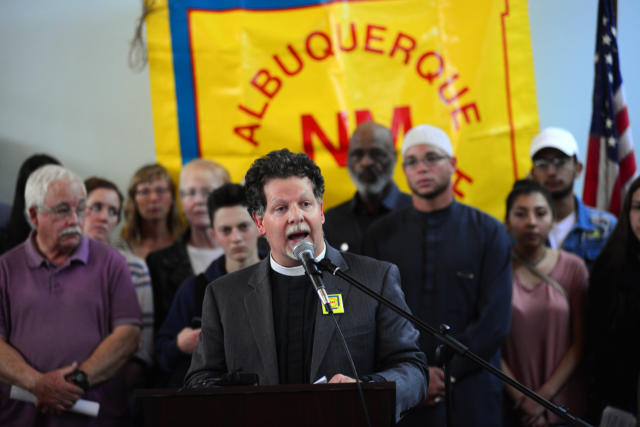 In an effort to build a constituency for mental health, to rebuild a comprehensive system, Albuquerque Interfaith convened close to 300 leaders from 28 institutions (15 member and 13 allied) to secure commitments from elected officials.

After one governor privatized Medicaid in New Mexico and another diminished mental health care provision in the state, mental healthcare services for low-income people in Bernalillo County required attention. In 2015, Albuquerque Interfaith leaders succeeded in securing the approval of a 1/8-cent sales tax, which raised over $6.5 million in new funds for mental healthcare services. Now leaders want a comprehensive and integrated system in place to address the mental and behavioral healthcare crisis.

Immediately after, 150 leaders took to the podium to address fears caused by the rhetoric of the campaign and to pledge to stand with each other across racial, religious and socioeconomic lines.