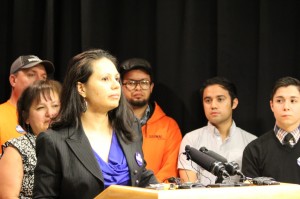 Asserting that 9 out of 10 apartment owners indiscriminately ban Section 8 voucher users, Austin Interfaith clergy and lay leaders applauded the city council for introducing a proposal to prohibit apartment managers and owners from discriminating against Section 8 users. They described the resolution, introduced and passed on a Holy Day shared by Jewish and Christian traditions, an example of how the public can better protect the poor and most vulnerable.

Council: Getting a Round Tuit, Austin Chronicle