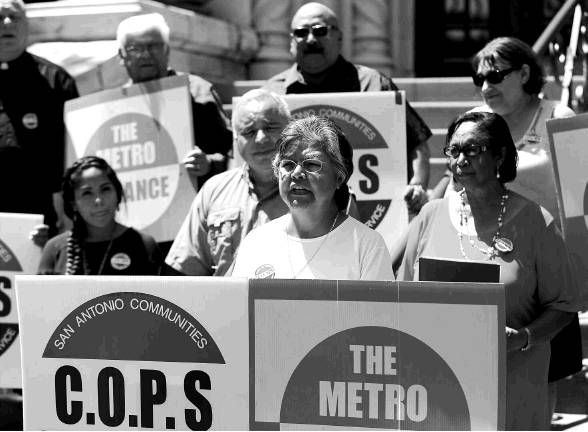 Said Maria Tijerina, "A $2.5 Million investment in San Antonio citizens is far less than the $3.05 Million allocated for SmartSA technology upgrades in the budget."

Leaders also reminded specific Council members about their public commitments to raise the bottom municipal wage to $15 / hour by 2019. The wage in the current preliminary 2018 budget is $14.25 per hour, up from $13.75 this year.

Sitting council members' commitments were made prior to the elections, in a nonpartisan accountability session organized by 750 COPS / Metro leaders. Those leaders later delivered 8,555 voters to the polls in support of their agenda.