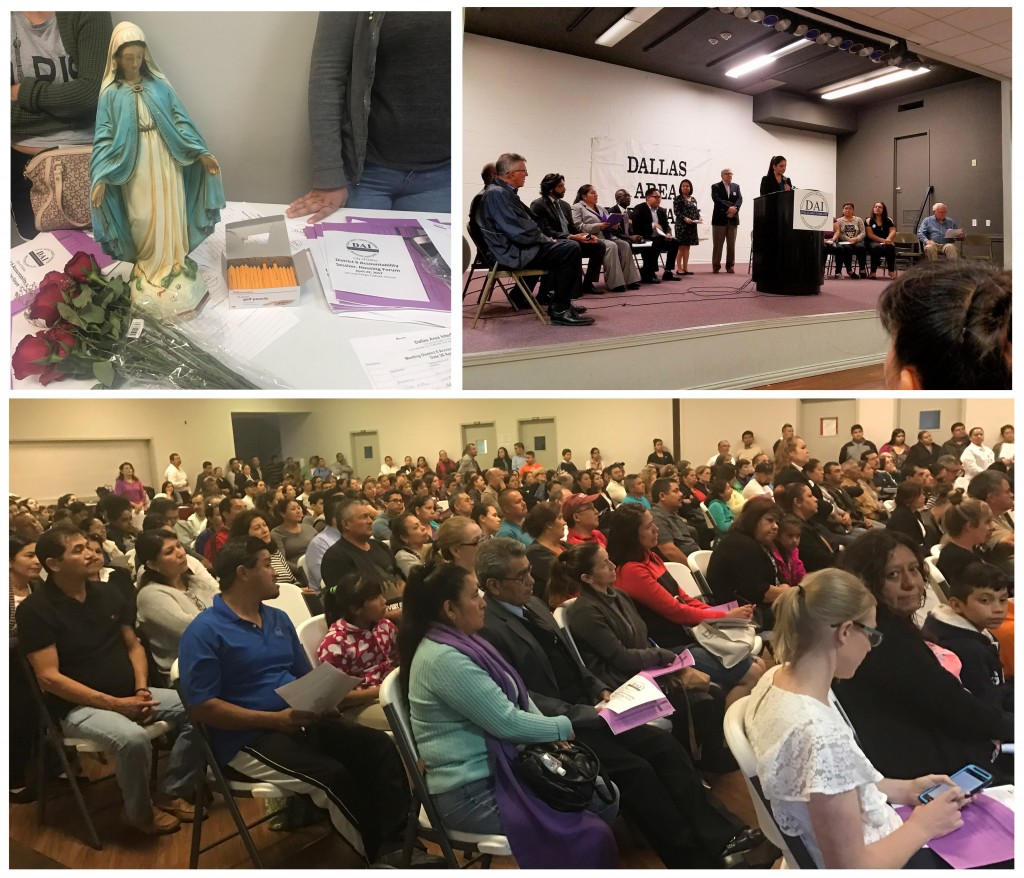 300 residents of District 6 assembled to grill city council candidates in a impoverished region of Dallas where only 800 votes were cast in the previous election. The nonpartisan accountability assembly was organized around issues leaders have been working on over the course of the year, including affordable housing, early education, an upcoming city bond and improvements to the 311 system.

The assembly was the largest attended forum in District 6, in the heart of Bachman Lake where last year's housing code work started, and where large-scale evictions occurred only 48 hours after their groundbreaking rewrite of the city's rental housing code. Leaders not only demanded long-term housing solutions in West Dallas, parents of children attending Lumin Education are fighting for a zoning change to preserve a Montessori school in this impoverished region.