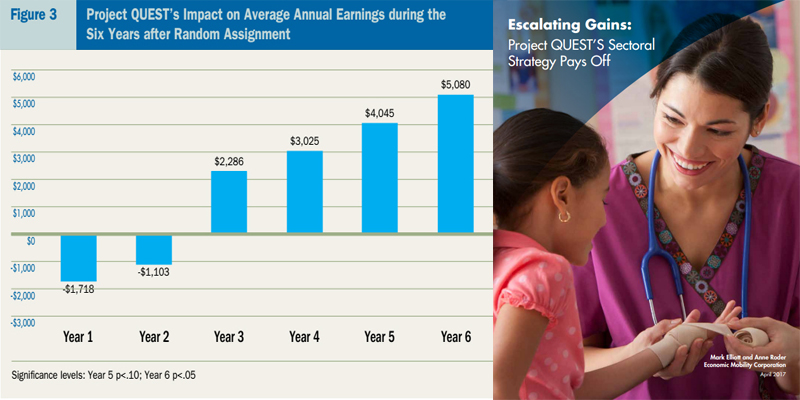 After three years, Project QUEST graduates already earned more than those who were turned away. By Year 6, the difference in earnings not only persisted, but increased to over $5,000 per year.

Said study co-author Mark Elliott, "Other programs have had large earnings impacts, but they haven't taken people completely out of poverty into the middle class....This is a stunning achievement."

This "gold standard" study is said to be the first in the nation to show sustained, statistically significant increases in participant's earnings (and employment) over time.

Project QUEST was established by COPS / Metro in San Antonio and continues to be the flagship for projects in ten other cities including Austin, Houston, El Paso, Dallas, the Rio Grande Valley, Phoenix, Monroe (LA) and Des Moines.