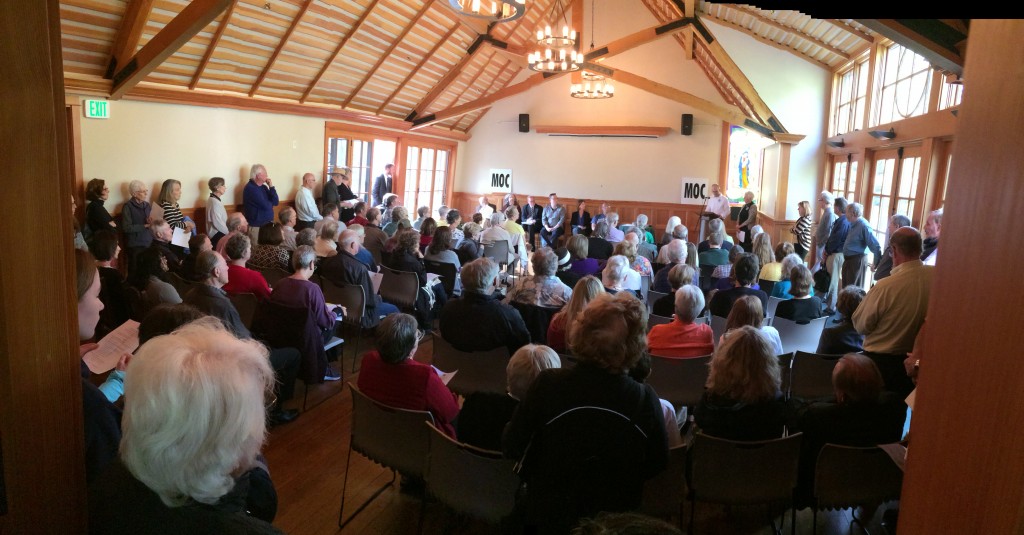 With the goal of building support for the County to site, fund and operationalize a year-round shelter for 60 homeless men and women by 2018, leaders of Marin Organizing Committee (MOC) launched a signature campaign to reach 6,000 voters. Within five months, leaders had collected over 8,000 signature cards, and counting.

In May, leaders presented the cards to District 2 and District 3 Board of Supervisor candidates in two separate local accountability sessions drawing over 100 people each. All candidates committed their support to the campaign to establish and fund a year-round shelter by April 2018 when the current 6-month temporary program is scheduled to end.

MOC plans to continue working to organize the support of partnering cities and other key allies.

Additional background on the REST campaign.