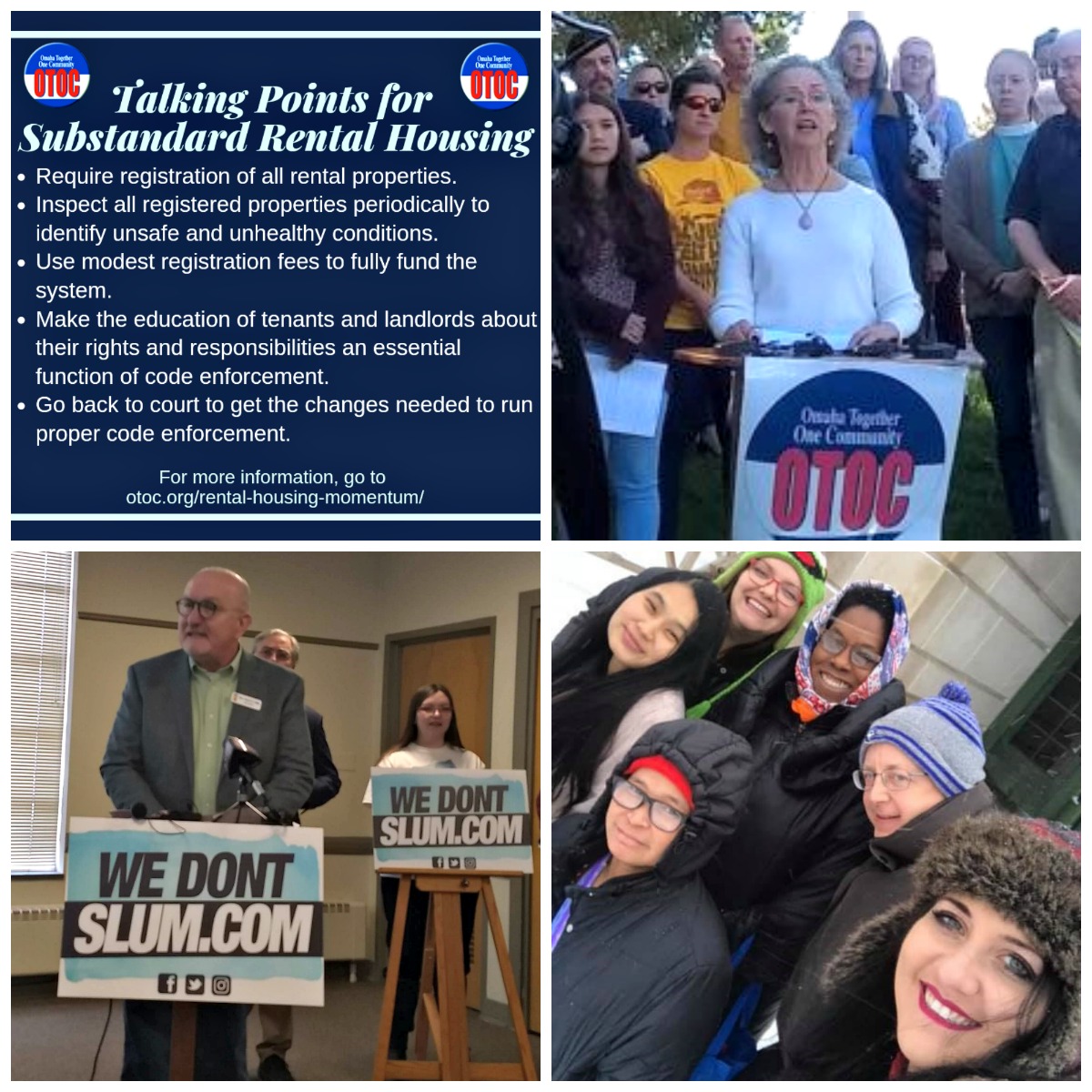 After 500 tenants were forced out of their homes due to residential code violations by their landlords, Omaha Together One Community (OTOC) leaders launched a campaign to ensure decent living standards for renters.

OTOC research actions on housing code violations soon revealed that the vast majority of violations occurred in low-income, predominantly minority communities with disproportionate numbers of elderly and refugee residents -- many of whom are reluctant to complain.  OTOC leaders are now pushing for local changes including required registration of all residential rental property and proactive inspections by the City of Omaha.

Having helped shape Legislative Bill 85, which would require cities like Omaha to implement these reforms, Walsh and other OTOC leaders are mobilizing at the state level to ensure dignified housing.

Beckas Beat: Do We Live In a Perfect World?, FOX 42 News