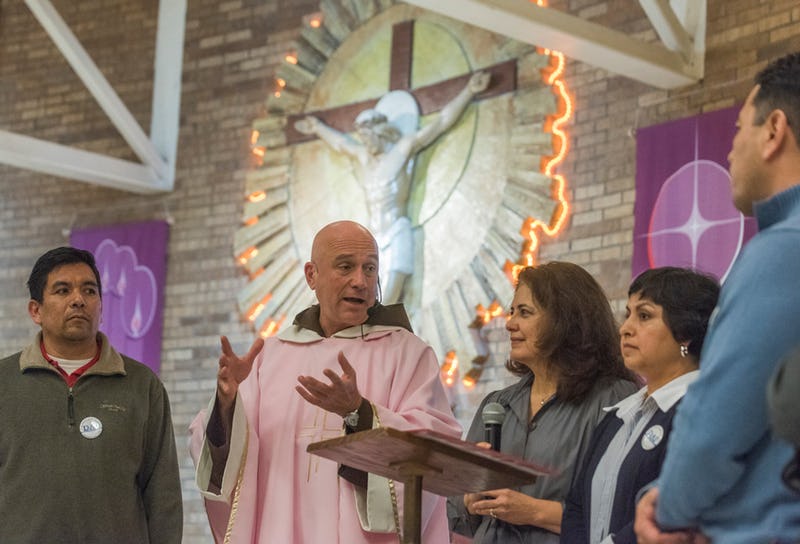 In a major push to sign up new (and potential) voters, Dallas Area Interfaith leaders recruited over 1,200 US legal permanent residents, green card holders, to apply for US citizenship this year. Catholic priests and lay leaders took to the pulpit to spread the word that a key element of the Catholic faith is participation in public life, which includes voting.

The Dallas Morning News had this to say:

We’re impressed by the Dallas Area Interfaith’s proactive effort to help green card holders become U.S. citizens. The coalition of church-based groups exceeded its goal of getting 1,000 people in a year on the road to becoming citizens by prepping them for the citizenship test and helping them fill out forms. In this volatile environment for conversation about immigration, it helps to have a safe place for folks to go to get through this complicated process. With that final step, legal tax-paying residents gain the full rights of citizenship, including the right to vote. That’s true democracy at work.