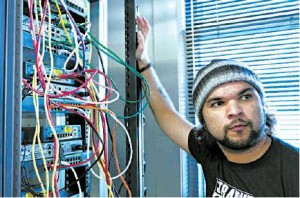 In an effort to increase the number of home-grown techies to staff the information technology industry in San Antonio, Rackspace created the Open Cloud Academy -- a short training boot camp for programmers and network administrators -- which has graduated 335 people since 2013.

Of these graduates, 221 were supported by Project Quest through City funds secured by COPS / Metro leaders. COPS / Metro's intervention to secure local funding put Project Quest on the cutting edge of bootcamp training for IT workers in San Antonio.

Not only did this innovation prepare hundreds for living wage careers, it eventually caught the attention of the White House, which cited the partnership when it included San Antonio in the launch of its TechHire initiative.