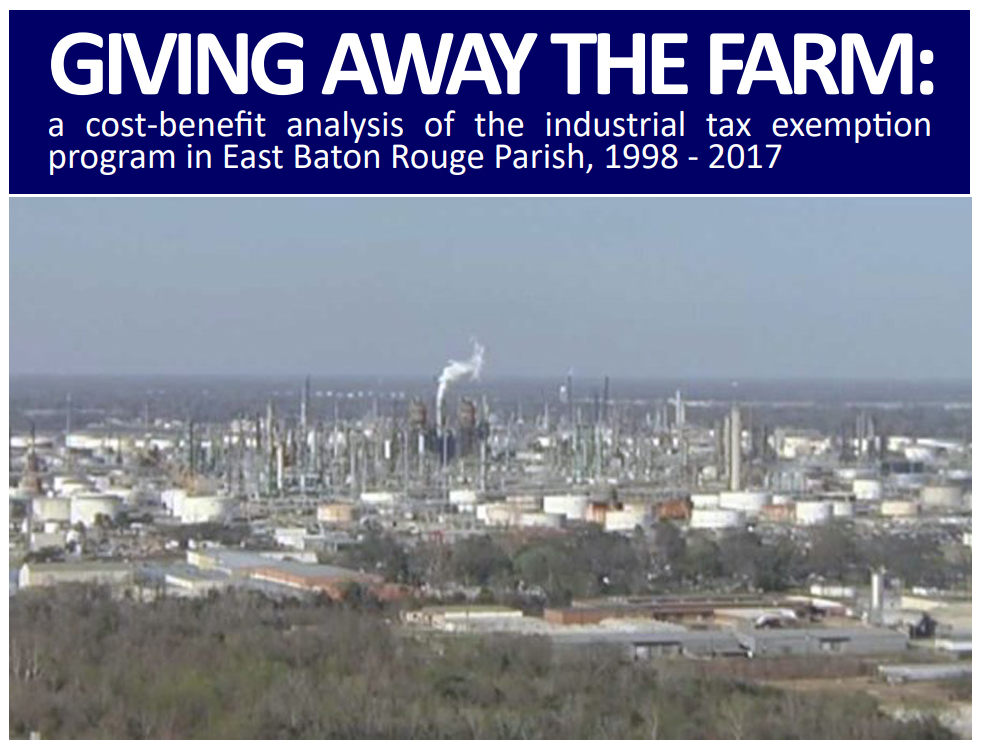 One year after wresting control of industrial tax breaks away from a statewide board and into the hands of the local government entities affected by them, Together Baton Rouge released a report detailing how 2017 tax breaks impacted one community: East Baton Rouge. According to the report, the tax exemption cost local schools, sheriff, government, parks, libraries, fire and health departments $139 Million, just in 2017.

The report arrives on the heels of recent victories in defending the state constitution and squashing a legislative attempt to allow corporations to directly cut deals with individual parishes, and ensuring that 2016 exemptions already in the pipeline would be subject to a sunshine provision.

Giving Away the Farm: a Cost-Benefit Analysis of the Industrial Tax Exemption Program in East Baton Rouge Parish, Together Baton Rouge