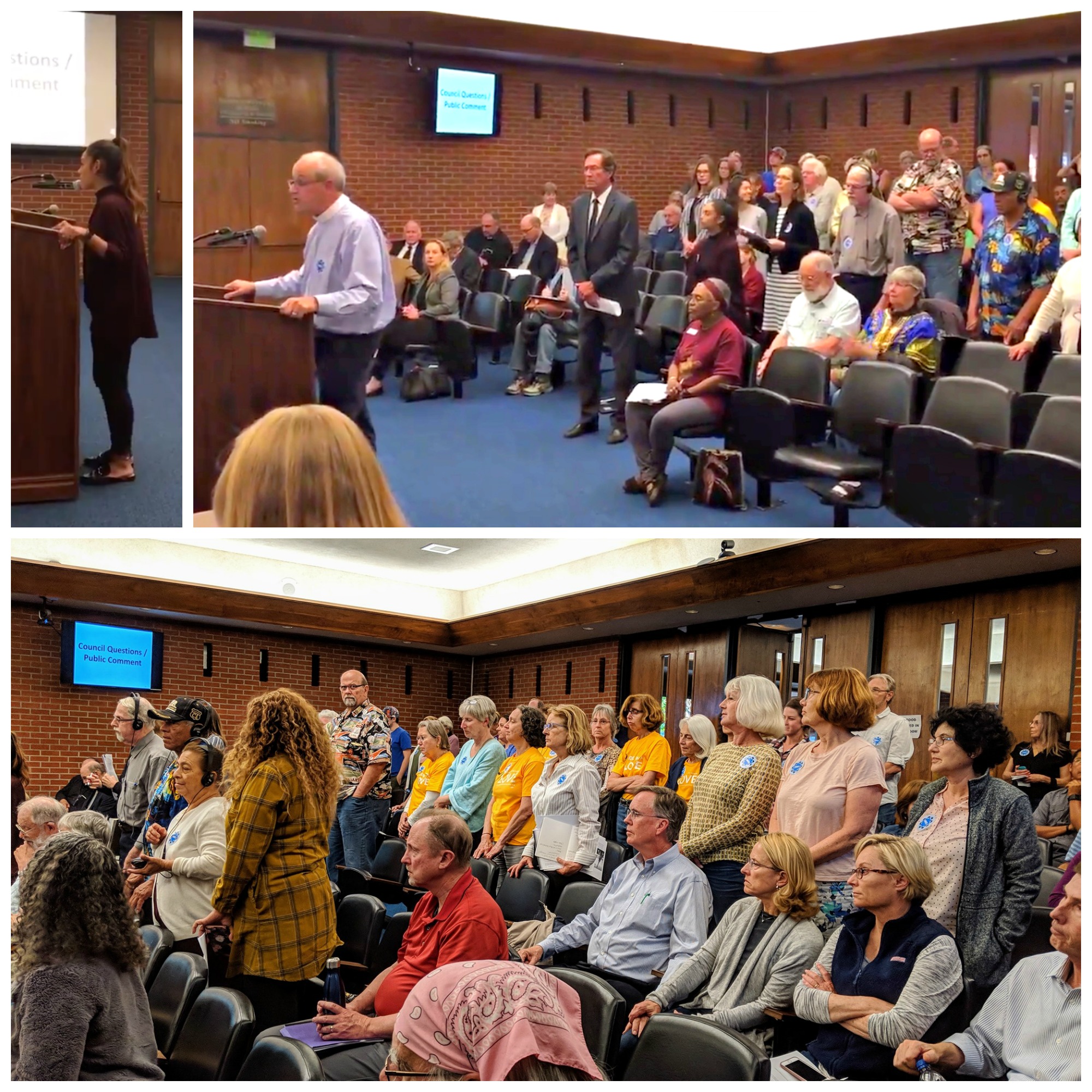 Responding to dual threats of deportation and homelessness faced by low-income immigrants, Marin Organizing Committee (MOC) launched a careful campaign to explore how to protect tenants.  The campaign culminated in a major victory this week, with leaders persuading the San Rafael City Council to not only mandate mediation between tenants and landlords when rent increases exceed 5% per year, but also to implement 'just cause' for eviction standards.  San Rafael is the county seat of Marin County, one of the most expensive places to live in California, and home to 70% of Marin County renters.

Landlords and representatives from the California Apartment Association appeared in force to testify in opposition, but MOC leaders had been laying the groundwork for two years.  In response to pressure from MOC leaders in 2017, the Marin Board of Supervisors unanimously voted to support a mandatory mediation program for renters, which would apply only to unincorporated areas of the County (about 8,300 renters).  In 2018, the Marin Board of Supervisors passed a 'just cause' for eviction ordinance protecting tenants from sudden eviction -- again, only in unincorporated areas of Marin County.  Beyond negotiating for these protections, MOC shepherded a deal between Canal neighborhood tenants and a landlord who had initially imposed a 45% rent hike over 2 months, successfully increasing the time frame to 16 months.

In response to passage of the ordinances, leader Meredith Parnell declared, "MOC is pleased that the San Rafael City Council is moving forward with these small steps to protect renters...we look forward to working with the city to ensure there is a well-resourced and multilingual community education and outreach campaign to explain these new ordinances to landlords and tenants alike.”