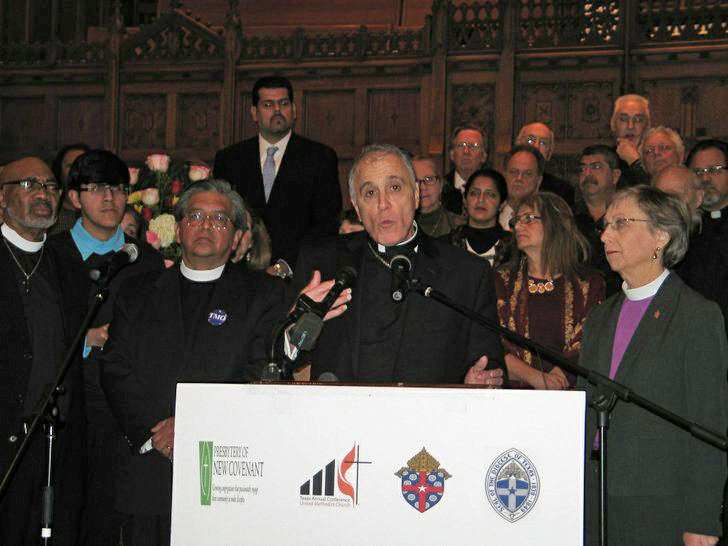 The night before a planned House vote which could impact the latest executive action program initiated by the President, 50 Houston judicatory and TMO leaders held a joint press conference urging Congress to do the opposite -- to expand on the action and pass comprehensive immigration reform. Potentially beneficiaries were joined by the Houston -Galveston Catholic Cardinal DiNardo, Methodist and Lutheran Bishops and religious leadership from Catholic, Protestant, Jewish and Muslim faiths.