"Residents living near the proposed site of the transfer station and leaders of the Pomona Valley cluster of One LA, gathered the letters that call for City Council members to refrain from scheduling an appeal hearing for the proposed project....

Among those in the group who delivered the letters was Anselmo Olmos, a retired construction worker who lives about a block away from the site of the proposed transfer station...Among Olmos' concerns is the impact of the proposed project on the health of a 2-year-old grandson who is a heart transplant recipient living near the site...Olmos spent much of November and December talking with residents on neighborhood streets asking they sign the letters that were delivered to City Hall. 'I spoke with mothers, and the majority said their children have asthma,' Olmos said.

The majority of residents and business people he approached signed letters."

‘No Arguing the Fact That Project Quest Works’

San Antonio's Workforce Development Task Force, composed of a diverse collection of city and county representatives, leaders in the business and health community, and executives from two universities and a community college, reported their findings and unanimous recommendation to City Council: "Expand funding for long term training program Project Quest."

"The Department of Justice's announcement of allegations of civil-rights violations in the Maricopa County Sheriff's Office have added to the cascade of non-stop bad press for Joe Arpaio. It's quite different from five years ago in El Mirage, when there was scant willingness to recognize the department's neglect.

"Better wages, improved schools, grocery stores in northern neighborhoods and local tax revenue dedicated to mass transit are among the goals Together Baton Rouge plans to work toward in 2012, leaders of the church and nonprofit coalition announced Tuesday. 'We're here to celebrate the accomplishments of 2011, and they are considerable,' the Rev. Melvin Rushing, pastor of Progressive Baptist Church and Mount Pilgrim Baptist Church, told hundreds of supporters."

In Iowa, AMOS won an additional $100 thousand for Project IOWA; Republican Governor Branstad included the project as a line item in the state budget as demonstration of support. Twenty students were selected and are prepared to begin coursework in early 2012.

Along the Southern border of Texas, one leader's confrontation helped triple The Border Organization's reach into local elementary schools. When a principal failed to split up a kindergarten class that had 32 children, against district policy, her inaction was challenged by a mother after school. 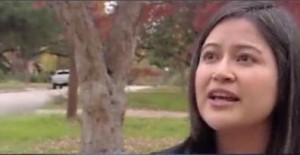 Leaders piled into City Hall to ask City council members to raise the minimum workers would be paid. Says Garcia,"When we're using public funds we've got to bring in jobs where families can at least afford to eat."

"When University of Texas researchers studied the long-term benefits of an intensive Austin job training program called Capital IDEA, they found that graduates enjoyed a steady trajectory in earnings and within six years earned salaries that were $12,000 a year higher than participants in ordinary job-placement programs.

Capital IDEA Boosts Outcomes for Graduates AND Their Children 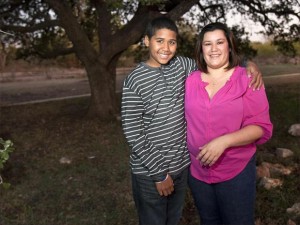 "Eloina Serna wasn't the only one in her family who benefited when she signed up with Capital IDEA.... 90 percent of children who are now 18 or older earned a high school diploma and 64 percent of those children earned a college degree or are currently enrolled...."

Capital IDEA was founded in 1998 by Austin Interfaith, in partnership with Central Texas business leaders, to lift "families out of poverty through workforce training, especially in high-demand occupations such as health care, information technology, utilities and skilled trades." Capital IDEA graduate Eloina Serna poses with son in photo above.

"More than 150 community activists on Tuesday applauded a state agency's move to sue the owners and overseer of a historic north Baton Rouge cemetery they say has fallen into an embarrassing state of neglect.