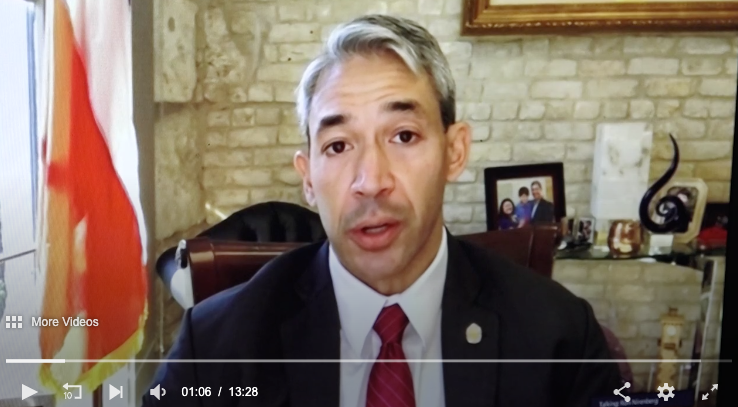 Less than two months before early voting begins, Mayor Ron Nirenberg has called in several heavy hitters to steer his campaign to use a sales tax to help residents get back to work after they lost their jobs to the coronavirus.

The campaign, known as “Build SA,” faces the daunting task of figuring out how to break through a noisy November election to convince San Antonio voters to put more than $150 million toward a still loosely defined proposal that city officials estimate would help 40,000 residents get higher-paying jobs....

The mayor has assembled a trio of co-chairs to lead the effort: Blakely Fernandez, a partner at law firm Bracewell and former Alamo Colleges trustee; Linda Chavez-Thompson, former executive vice president of the national AFL-CIO and a former VIA Metropolitan Transit board member; and Sonia Rodriguez, a leader of the local grassroots organization COPS/Metro.