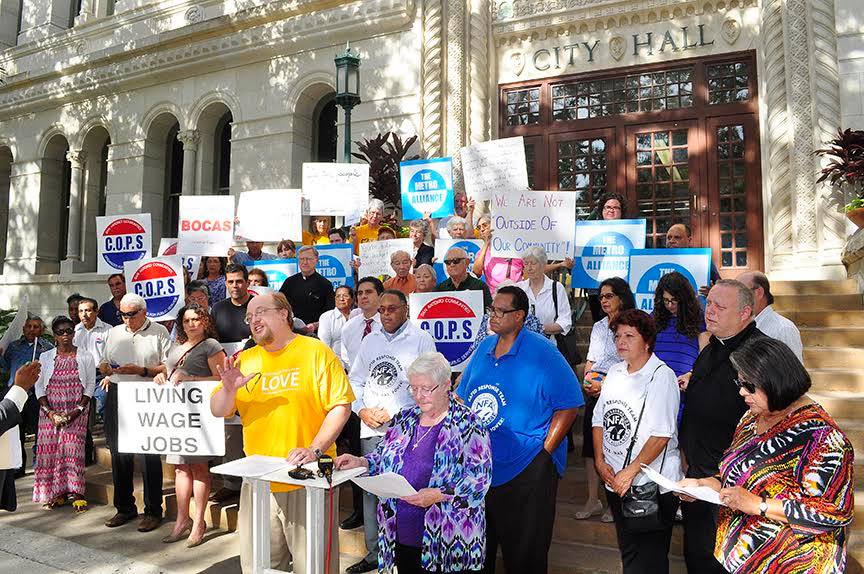 One year after raising the minimum wage for employees of the City of San Antonio (from $11.47 to $13 per hour), COPS / Metro Alliance leaders are celebrating again after the City Council passed a budget that includes a second wage raise to $13.75 per hour. This follows an intense two-year campaign with over 1,000 leaders recently assembling with the Mayor and council representatives to remind them of their commitment to a living wage. When the Mayor made some noise about living wages being an 'outsider's' agenda, leader Maria Tijerina fired back with an editorial reminding her that COPS / Metro is a local organization with a robust constituency.

City Council additionally approved shifting funding for workforce development program Project QUEST out from human services into economic development with its own line in the budget. Funding increased to $2.2 million including $200 thousand to cover tuition for the Open Cloud Academy training developed in collaboration with Rackspace.

The Bexar County budget was also approved earlier this week with a new minimum wage set at $13.75 per hour (up from $13).

Living Wages are a Right, Not a Privilege, Rivard Report